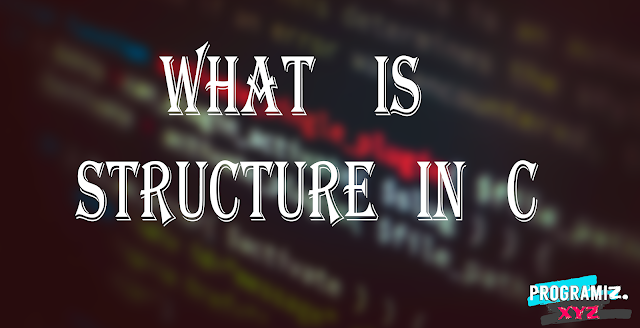 Hello guys, what’s up? I have found that every month people are searching about what is a structure in c. So, today I am going to discuss about it. Let’s start—


What is structure in c?

A structure is a user defined data type in C. Each element of a structure is called a member. A structure creates a data type that can be used to group items of possibly different types into a single type. Structure members can be accessed by any function, anywhere in the scope of the Structure

Syntax of what is structure in c:

Example of what is structure in c:

How to declare a struct in c?

If you want to learn more about initializing structure in c, just click Here.


How to access the members of a structure in C?

What is designated Initialization?

DesignatedInitialization feature has been added in C99 standard, which allows structure members to be initialized in any order.

After executing above program, our output look like this:

Array of structures in C

After executing above program, our output look like this:

Structure with pointer in c

If we have a pointer to structure, members are accessed using arrow ( -> ) operator.

Typedefsallow us to define types with a different name – which can come in handy when dealing with structs and pointers. typedef makes the code short and improves readability. By the help of  typedef we can get rid of the long definition of a point structure. It is like an alias of struct.

Instead of using the struct programiz every time you need to declare struct variable, you can simply use addr, the typedef that we have defined.

If you want to learn more about typedef struct in c, just click Here.

A Structure is a helpful tool to handle a group of logically related data items. However, structure in C has some limitations.